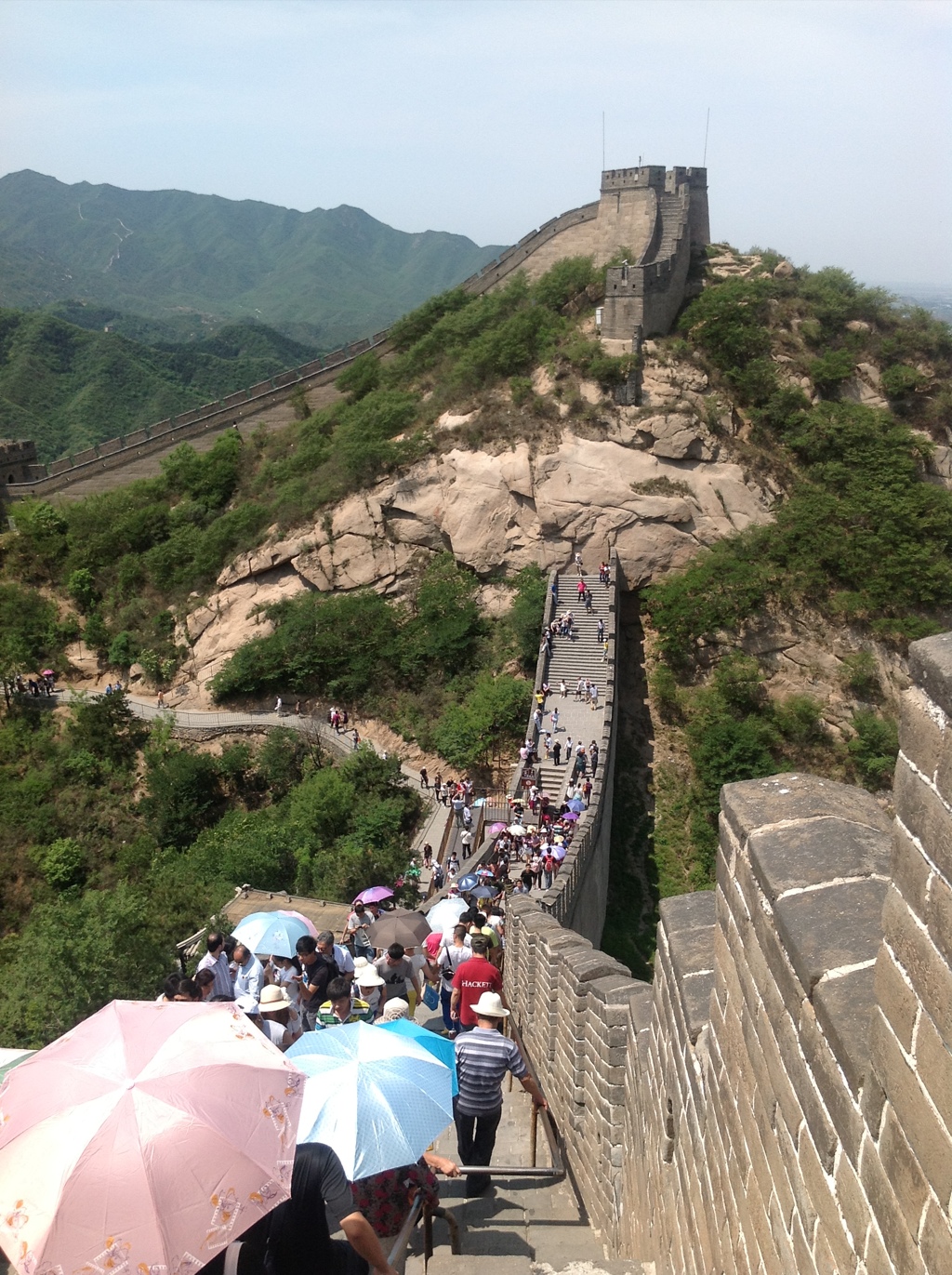 I am on a family trip to china. We have been taking in the sights, including the Great Wall of China. The Great Wall of China in the Beijing area is quite breathtaking. The wall is in full sunshine, so during the Sumer months the sun can be brutal. Take a wide brimmed hat, sun screen, and water.

Take your time and enjoy the experience. I enjoyed interacting with the other tourists.  We ran into a youth group from Malaysia. They had asked someone outside of their group to take their photograph.  My wife stood behind the photographer and held up her fingers to give him rabbit ears. The kids started to laugh and take photos of their own photographer.

For this section of the Great Wall, we rode a gondola cable car up the mountain to the base of the wall.  We then climbed onto the wall and up to the first tower. The steps are rough and steep.  There are sections without steps that are also quite steep. 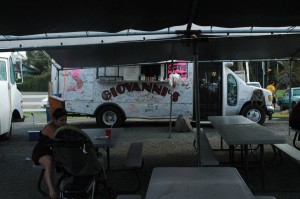 When it comes to food and eating, I am quite adventuresome.  My wife is not.  She really would like to know that if she is going to order and eat something that she is going to like it (or at least not get sick from it).  The gal at the rental car agency had said that we should try some of the shrimp trucks on the north side of the island.

On the day that we were taking a drive around the island, we stopped at Topical Farms on the Kamehameha Hwy in Kaneohe.  After we had finished our shopping for coffee and souvenirs, I asked one of the guys that worked there what he thought about the local shrimp trucks.  He said that they were pretty good and that if I want shrimp that I should stop at Romy’s or Giovanni’s.  I pressed him.  Which would he eat at?  Romy’s has more tables and can feed you faster, but Giovanni’s is better.

With a nod of approval from my wife, we were off on our gastronomical adventure. Giovanni’s it is.  Now where is it?  Maggie didn’t know (Magellan RoadMate 1470).  Oh well, just keep driving.  We will find it eventually.  Turns out that Giovanni’s is in Kahuku, on the Kamehameha Hwy.  (Turns out that nearly everything on Oahu is just off of Kamehameha Hwy).

We ordered the shrimp scampi and rice plates.  Wow, talk about garlic.  My wife was saying that Hawaii must be the biggest buyer of garlic ever.  I think that is what makes the shrimp so good. The liberal use of fresh garlic and butter.  Giovanni’s also offers a spicy shrimp.  After tasting the hot sauce they served as a side to the normal shrimp scampi, I’m glad I didn’t order the spicy version.  I would have ended up crying my eyes out.  That is some serious hot sauce.

If I ever travel back to Oahu, Giovanni’s will be on the list of places that I will visit again. 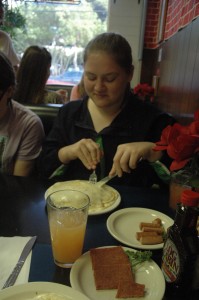 Is it really a vacation unless you let loose a little with what you are eating?  Come on, what is vacation without a little extra fat, salt and sugar in your diet?  You  might as well stay home, have a bowl of All-Bran and go to work.